July fourth, Fourth of July, and Independence Day referred to with many titles is celebrated today by thousands across our land.  Becoming a federal holiday in 1941 we recognize this day as a symbol of patriotism.

The Fourth is celebrated by many families enjoying picnics, parades and often fireworks at the end of the day. We reflect on the freedom granted us through the sacrifice of others who fought for the independence we enjoy as a nation.

As I reflect on this holiday and the liberty we have enjoyed for over two hundred years, I focus on the Word of God. Many of us take it for granted that we have the Bible available to read. In many nations the Bible is not permitted. God’s Word gives life and frees us from the lies of the enemy, Satan.

My husband and I sat in our coaching session and Rudy handed us each a card. The heading read, My Identity, Who am I? God’s word tells us we are accepted, secure and significant. Satan attempts to distort the word of God. He takes God’s words and twists them, bringing condemnation. Satan says we’re sinners because we often sin. God says we are saints who at times sin. Knowing God’s word and the truth He declares over us is so important. The Steps to Freedom in Christ by Neil T. Anderson has been a guide for me as I continue to declare Who God says I am.

Today as we celebrate our nations independence, we reflect on the ultimate price paid. Many died for our physical freedom.

John 1:12 “But as many as received Him, to them He gave the right to become children of God, to those who believe in His name.” NKJV

Along my healing journey many lies of the enemy have been exposed through the truths declared in God’s word. As I speak the Word over myself daily my mind is transformed. I walk in the freedom that He has granted me. I experience independence from the guilt of sin.

God’s word is truth. We are blessed today to celebrate our freedom as a nation and the freedom which enables us to read His word, gather together and worship. Let’s cherish this liberty and offer it to others. He came to set the captive free.(Luke 4:18)

We are told in John 15:15 that we are Jesus’s friend. He says, “No longer do I call you servants, for a servant does not know what his master is doing; but I have called you friends, for all things that I heard from my Father I have made known to you.”

I’d love to hear what liberties you are thankful for today. In what ways can you share this freedom with others? 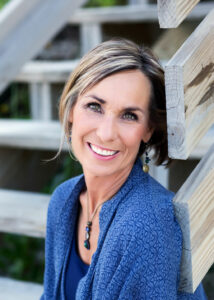